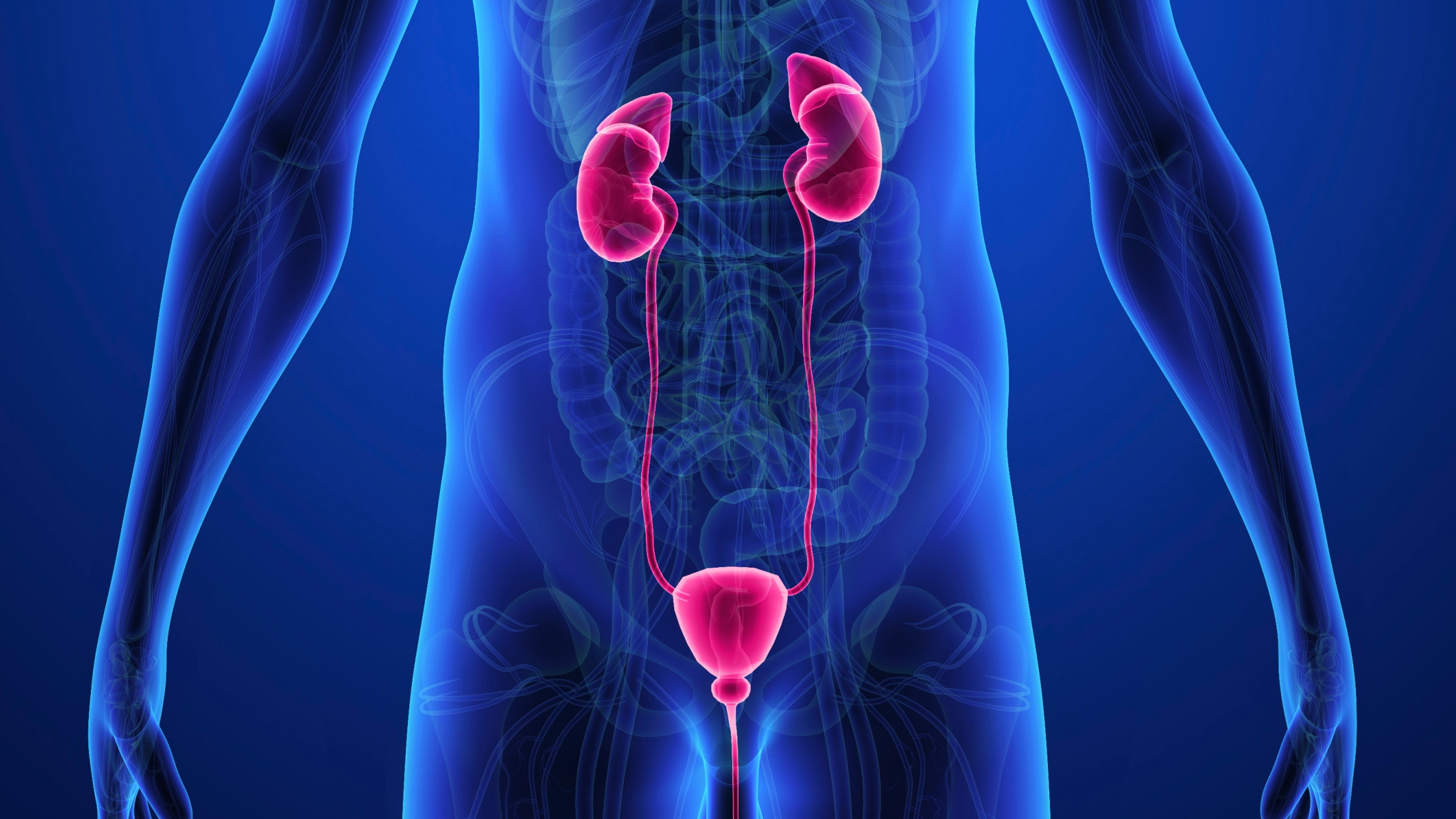 Kidney & Urinary Stones
Kidney stones, one of the most painful of the urologic disorders, have beset humans for centuries. Scientists have found evidence of kidney stones in a 7,000-year-old Egyptian mummy. Unfortunately, kidney stones are one of the most common disorders of the urinary tract. Each year, people make almost 3 million visits to health care providers and more than half a million people go to emergency rooms for kidney stone problems.

Most kidney stones pass out of the body without any intervention by a Urologist. Stones that cause lasting symptoms or other complications may be treated by various techniques, most of which do not involve major surgery. Also, research advances have led to a better understanding of the many factors that promote stone formation and thus better treatments for preventing stones.

What is a kidney stone?
A kidney stone is a hard mass developed from crystals that separate from the urine within the urinary tract. Normally, urine contains chemicals that prevent or inhibit the crystals from forming. These inhibitors do not seem to work for everyone, however, so some people form stones. If the crystals remain tiny enough, they will travel through the urinary tract and pass out of the body in the urine without being noticed.

Kidney stones may contain various combinations of chemicals. The most common type of stone contains calcium in combination with either oxalate or phosphate. These chemicals are part of a person’s normal diet and make up important parts of the body, such as bones and muscles.

Gallstones and kidney stones are not related. They form in different areas of the body. Someone with a gallstone is not necessarily more likely to develop kidney stones.

Who gets kidney stones?
For unknown reasons, the number of people in Nigeria with kidney stones has been increasing over the past 30 years. Stones occur more frequently in men. The prevalence of kidney stones rises dramatically as men enter their 40s and continues to rise into their 70s. For women, the prevalence of kidney stones peaks in their 50s, however, in recent times, the peak age of stone formation in female appears to be falling. Now 13.1% of all male and 19.6% of all female stone-formers form their first stone before the age of 20 compared with 4.7% and 4.0% respectively in 1975. Once a person gets more than one stone, other stones are likely to develop.

A person with a family history of kidney stones may be more likely to develop stones. Urinary tract infections, kidney disorders such as cystic kidney diseases, and certain metabolic disorders such as hyperparathyroidism are also linked to stone formation.

Cystinuria and hyperoxaluria are two other rare, inherited metabolic disorders that often cause kidney stones. In cystinuria, too much of the amino acid cystine, which does not dissolve in urine, is voided, leading to the formation of stones made of cystine. In patients with hyperoxaluria, the body produces too much oxalate, a salt. When the urine contains more oxalate than can be dissolved, the crystals settle out and form stones.

Hypercalciuria is inherited, and it may be the cause of stones in more than half of patients. Calcium is absorbed from food in excess and is lost into the urine. This high level of calcium in the urine causes crystals of calcium oxalate or calcium phosphate to form in the kidneys or elsewhere in the urinary tract.

Other causes of kidney stones are hyperuricosuria, which is a disorder of uric acid metabolism; gout; excess intake of vitamin D; urinary tract infections; and blockage of the urinary tract. Certain diuretics, commonly called water pills, and calcium-based antacids may increase the risk of forming kidney stones by increasing the amount of calcium in the urine.

Foods and Drinks Containing Oxalate
People prone to forming calcium oxalate stones may be asked by their doctor to limit or avoid certain foods if their urine contains an excess of oxalate.
Calcium Oxalate Stone Diet:
High-oxalate foods—higher to lower

Foods that have medium amounts of oxalate may be eaten in limited amounts:
Medium-oxalate foods—higher to lower

Does the consumption of certain juices help?
Orange juice is the most effective way to keep stones from forming. This is because it increases the alkalinity, and so the potassium and citrate content of the urine which helps prevent stone formation. Grapefruit, pineapple, and apple juice also help, but not quite as much as orange juice. Cranberry and lemon juice does not increase the citrate content, although they may reduce the rate that stones form. High urine level of Citrate in urine helps prevent stone formation.

What are the symptoms of kidney stones?
Kidney stones often do not cause any symptoms. Usually, the first symptom of a kidney stone is extreme pain, which begins suddenly when a stone moves in the urinary tract and blocks the flow of urine. Typically, a person feels a sharp, cramping pain in the back and side in the area of the kidney or in the lower abdomen this is called renal colic. Sometimes nausea and vomiting occur. Later, pain may spread to the groin.

If fever and chills accompany any of these symptoms, an infection may be present. In this case, a person should contact a urologist immediately.

How are kidney stones diagnosed?
Sometimes “silent” stones—those that do not cause symptoms—are found on radiological imaging taken during a general health exam. If the stones are small, they will often pass out of the body unnoticed. Often, kidney stones are found on an x ray, ultrasound or computerized tomography (CT) taken of someone who complains of blood in the urine or sudden pain. These diagnostic images give the doctor valuable information about the stone’s size and location. Blood and urine tests help detect any abnormal substance that might promote stone formation.

Preventing Kidney Stones
A person who has had more than one kidney stone may be likely to form another; so, if possible, prevention is important. To help determine their cause, the doctor will order laboratory tests, including urine and blood tests. The doctor will also ask about the patient’s medical history, occupation, and eating habits. If a stone has been removed, or if the patient has passed a stone and saved it, a stone analysis by the laboratory may help the doctor in planning treatment.

The doctor may ask the patient to collect urine for 24 hours after a stone has passed or been removed. For a 24-hour urine collection, the patient is given a large container, which is to be refrigerated between trips to the bathroom. The collection is used to measure urine volume and levels of acidity, calcium, sodium, uric acid, oxalate, citrate, and creatinine—a product of muscle metabolism. The doctor will use this information to determine the cause of the stone. A second 24-hour urine collection may be needed to determine whether the prescribed treatment is working.

How are kidney stones treated?
Most kidney stones can pass through the urinary system with plenty of water—2 to 3 litres a day—to help move the stone along. Often, the patient can stay home during this process, drinking fluids and taking pain medication as needed. The doctor usually asks the patient to save the passed stone(s) for testing. It can be caught in a cup or tea strainer used only for this purpose.

Lifestyle Changes
A simple and most important lifestyle change to prevent stones is to drink more liquids—water is best. Someone who tends to form stones should try to drink enough liquids throughout the day to produce at least 2 litres of urine in every 24-hour period. In the past, people who form calcium stones were told to avoid dairy products and other foods with high calcium content. Recent studies have shown that foods high in calcium, including dairy products, may help prevent calcium stones. Taking calcium in pill form, however, may increase the risk of developing stones.

Patients may be told to avoid food with added vitamin D and certain types of antacids that have a calcium base. Someone who has highly acidic urine may need to eat less meat, fish, and poultry. These foods increase the amount of acid in the urine. To prevent cystine stones, a person should drink enough water each day to dilute the concentration of cystine that escapes into the urine, which may be difficult. More than four litres of water may be needed every 24 hours, and a third of that must be drunk during the night.

Medical Therapy
During the acute renal colic phase, pain killers including drugs such as non-steroidal anti-inflammatory drugs (NSAID) such as diclofenac or opiates are recommended.

A doctor may prescribe certain medications to help prevent calcium and uric acid stones. These medicines control the amount of acid or alkali in the urine, key factors in crystal formation. The medicine allopurinol may also be useful in some cases of hyperuricosuria.

Doctors usually try to control hypercalciuria, and thus prevent calcium stones, by prescribing certain diuretics, such as hydrochlorothiazide. These medicines decrease the amount of calcium released by the kidneys into the urine by favouring calcium retention in bone. They work best when sodium intake is low.

Rarely, patients with hypercalciuria are given the medicine sodium cellulose phosphate, which binds calcium in the intestines and prevents it from leaking into the urine.

If cystine stones cannot be controlled by drinking more fluids, a doctor may prescribe medicines such as Thiola and Cuprimine, which help reduce the amount of cystine in the urine.

For struvite stones that have been totally removed, the first line of prevention is to keep the urine free of bacteria that can cause infection. A patient’s urine will be tested regularly to ensure no bacteria are present.

If struvite stones cannot be removed, a doctor may prescribe a medicine called acetohydroxamic acid (AHA). AHA is used with long-term antibiotic medicines to prevent the infection that leads to stone growth.

Who is the medical specialist who treats kidney stone?
Kidney stones are treated by urologist. These are surgeons who specialize in surgery on the urinary tracts.

Medical Management of Urinary stones – Patient Information Form
We use cookies on our website to give you the most relevant experience by remembering your preferences and repeat visits. By continuing to use our website, you consent to the use of ALL the cookies.
ACCEPT
Manage consent